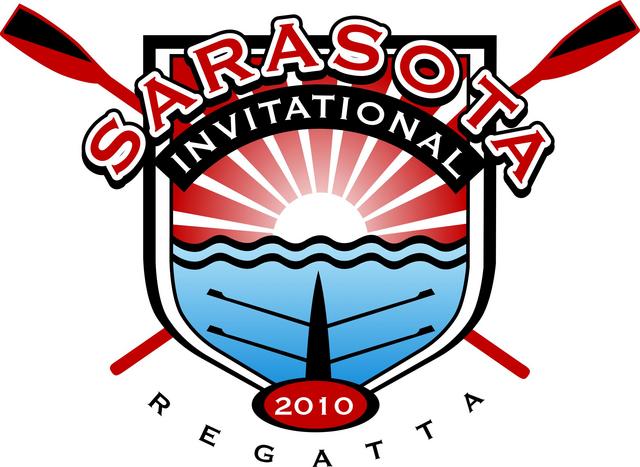 The Inaugural Sarasota Invitational on Sat, Feb 27, 2010 was well attended despite colder than expected temperatures and the forecast of probable rain.

We wish to thank all those competitors, coaches, and parents who participated.

Unfortunately, a quick swing in the wind chill factor in the late morning causing an approximate 15 degree drop in ambient temperature made the upper 40's feel like close to 32 degrees.  In the interest of rower safety, racing was immediately halted.  Subsequently, the remainder of the race day needed to be cancelled.

Official Race results for those events which we were able to complete have been posted.  In addition, we have posted separate files for the Men's Masters Singles Overall Fastest Time, and for the Men's and Women's Masters Doubles.  The latter two files were calculated separately due to problems with the Regatta Workbench results calculations.

All Medals and Trophies for completed events are being mailed this week.

In addition to the Medals awarded per Heat, three events were selected for special recognition via the  Sarasota  Parks  Awards  for  Rowing  Excellence  by virtue of having a larger than average number of competitors.

In recognition of outstanding achievement, the  Sarasota County Masters Rowing Club  is pleased to recognize the following individuals for rowing the Fastest Overall Time in these events:

In appreciation for their efforts and accomplishments, as a memento of their achievement each of the above individuals is being sent a beautiful  8"  Silver Plated World Bowl Award  which sits atop a Wood Base Pedestal.

CONGRATULATIONS  TO  THESE  THREE  AWARD  WINNERS   AND  TO  ALL  OUR  MEDALISTS.