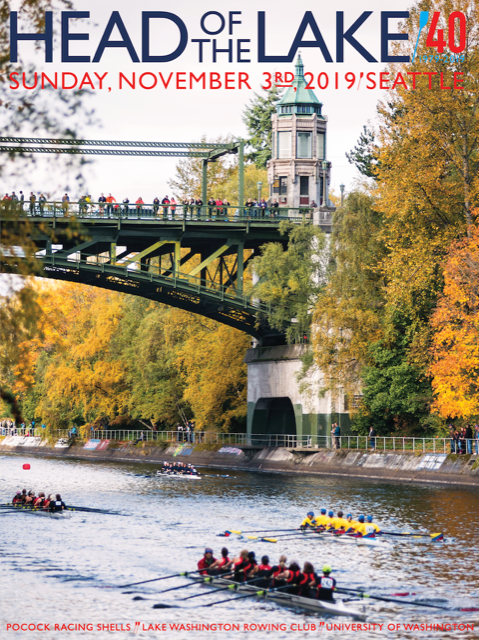 The Head of the Lake was first raced 40 years ago in 1979 when a small group of scullers at Lake Washington Rowing Club agreed to race each other at the end of the season. A fall race would help the athletes gauge their progress in their training regimen. The University of Washington also competed that year to give their collegians a chance to also do some fall racing. From this humble beginning the Head of the Lake regatta was created and quickly became an annual local event. As the rowing community grew so did the number of participants. Over the years, collegiate crews have traveled from Pennsylvania, New York, Texas, North Carolina, Michigan and Victoria BC to compete. Scullers and master rowers have traveled from places like California, Vancouver BC, Massachusetts, Colorado, Minnesota and Alaska. Now the largest fall rowing regatta on the West Coast, the level of competition has risen dramatically, making this a difficult race and a prestigious rowing event. Spectators can gather along the historic Montlake Cut to watch collegiate rowers, juniors, masters, open rowers as well as former Olympians compete in this scenic 3 mile race.